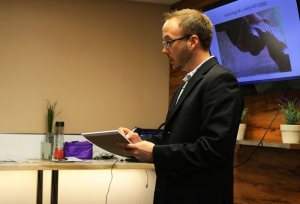 Five Attributes of a Great Leader

A week ago I was leading a workshop for the entire staff of a private lending company. The owner and I have known each other for two decades.

When the workshop finished, a buzz of energy filled the room. The team was excited about the company and the possibilities of the future. They were incredibly thankful and freely expressed their gratitude.

This workshop focused on helping the owner’s team create goals for their personal and professional lives. The time we all spent together was amazing and, while I would love to give myself the credit for it all, I can’t. A great deal of it belongs to the owner.

After spending some time thinking about why our time together proved to be so dynamic, I have pinned down some of the things the owner does that makes him a great leader.

You can go so far by yourself, but the sky is the limit if you have a great team. Many leaders worry about what needs to get done; great leaders think about having the right people on the bus. If you have the right people, you will find it so much easier to figure out what to do.

Some of the feedback I got from his employees was that they were touched by how much the owner cares about their personal lives. Part of our time together during the workshop was spent helping the team make sure the priorities in their life were getting the proper attention.

Every team member needs someone who cares for and encourages them. When a leader makes this a priority, everyone wins.

Part of our time together was collaborative. We were working through the different challenges and opportunities the company currently had. Though the owner is incredibly passionate, he did not do all the talking. He allowed his team to chime in, and when they came up with something he believed to be the correct solution, he rolled with it.
Andy Stanley is known for saying, “leaders who refuse to listen will eventually be surrounded by people who have nothing significant to say.”

4. He inspires his team.

Though I believe I provided a ton of inspiration during my time with the team, I wasn’t alone. The owner stepped in, from time to time, to encourage his team to take on board how the information we were sharing with them could help them attain the results, and the future, they desired.

It was easy to see he, the owner, was also the CIO, the Chief Inspiration Officer.

5. He develops his team.

The reason I was there was to help the team grow in their personal and professional lives. In fact, one of the major goals the owner was focusing on for the coming year was the development of his team. He has formulated weekly, monthly, and quarterly activities that will help his team reach their potential.

He has formulated weekly, monthly, and quarterly activities that will help his team reach their potential. He understands the fulfillment of the potential of his organization rests not just on him, but on the team, he has built.

The future is looking bright for this company, and it is because the owner has truly taken ownership of the future of his team.

I would love to hear what other attributes you believe makes up a good leader.

Want to join the discussion?
Feel free to contribute!

Three Plans that Will Help You Succeed