Warning: Creating default object from empty value in /home/customer/www/plantolead.com/public_html/wp-content/themes/enfold/config-templatebuilder/avia-shortcodes/slideshow_layerslider/slideshow_layerslider.php on line 28
 How to Overcome Criticism like a Champ | Plan To Lead

3 Questions on How To Handle Criticism

If you are moving forward in life, it won’t be long before someone criticizes something you say, do or don’t do. Though it is never easy, I think it is possible to handle criticism with dignity, poise, and grace.

In early 2015, things were really looking up at the church where I serve as Pastor. People were coming to church, lives were being changed, and God was helping our church family grow.

But in spite of all the good things happening, one simple comment brought my world crashing down. Someone came up to me one day after service and shared with me their dislike of something we did during the service. That one comment took me from high to low. I know the person who shared with me has a good heart and was simply trying to be helpful, but the negative comment shattered my world at that moment.

As much as I wanted to just brush off that comment and forget all about it, I decided to use it as a teachable moment for myself. I have learned that we cannot discount criticism from other people as it can help us to grow, even if it’s hard to hear. I encourage you to lean in when you are criticized and evaluate the criticism from a logical, analytical standpoint so that you can learn, grow and become better because of it instead of sad, frustrated, or angry.

Here are three questions you should ask yourself when you face criticism so that you can use it to improve and become even better in your life:

1. Is there any truth to what is being said?

This is an extremely important question to ask yourself when facing criticism. We may not like what we hear or the manner in which the criticism was expressed, but we should not ignore the truth behind the words. This question is best answered once our emotions have subsided and we have the ability to think objectively about what was said.

We need to ask ourselves which one of these three categories the critics fall under so that we can determine the validity of the criticism and understand how to move forward.

Foe: Michael Hyatt calls these people trolls: “These people have an agenda. They are out to hurt you— or at least use you for their own ends. They want to lure you into a fight. I have had three this week. They taunt and mock you. They are unreasonable. If you engage them, they will only distract you and deplete your resources. The best thing you can do is ignore them. As someone once said, ‘resistance only makes them stronger.’ You will never satisfy them. Just keep doing what you know you are called to do.”

Fan: Fans are those who always tell you that you are doing a good job. We all enjoy encouragement in the things we do, but these people may simply be telling you you’re amazing because that’s what they do. Remember that fans may be people who don’t know you well enough to give critical feedback.

Friend: A friend is someone who wants the best for you and is not afraid to give you honest feedback. A friend knows you well and has a desire for you to reach your God-given potential. When friends give criticism or feedback, make sure you pay close attention to it and use it to improve.

3. What do I do with the criticism?

No matter who was critical to you or the manner in which they spoke their words, you can grow from the incident. Remember, growth only occurs when resistance is added.

If you know the criticism given is true, you need to ask yourself, “What can I do to better myself in this area?” This is a key for you to get better from the criticism instead of bitter.

Regardless of what you do, don’t let bitterness take root when someone is critical of you. Yes, this will require you to be intentional, but feedback can be a great catalyst for growth. Some of the toughest criticism I have received has resulted in some of my most beneficial growth.

How can this post help you with handling recent criticism? Would you add anything to this list? 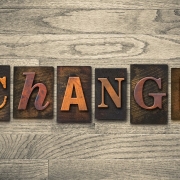 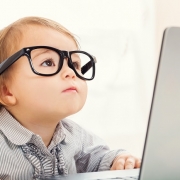 Grow as a Leader- 5 Simple Ways 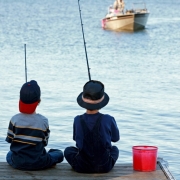 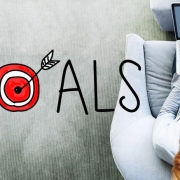 Three Fixable Flaws Keeping You From Accomplishing Your Goals 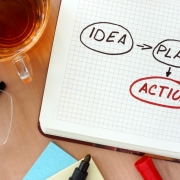 Four Questions That Will Help You Create A Business Plan 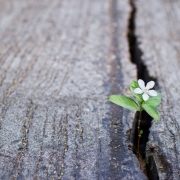 Want to join the discussion?
Feel free to contribute!

Should I Let an Employee Go?

3 Ways To Develop Your Team
Scroll to top